Wired carrels new in YOUR Library

Alexandria Campus Library is pleased to announce the installation of new WIRED carrels on the upper level. 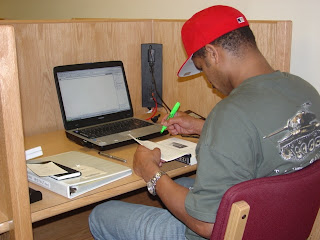 Just bring your laptop, plug in, and you're wired directly to the College's network!

Wireless service is also available throughout the Library.
Posted by Matt Todd at 9:42 AM No comments: 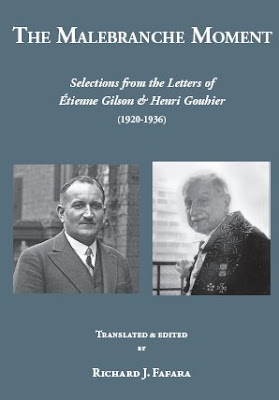 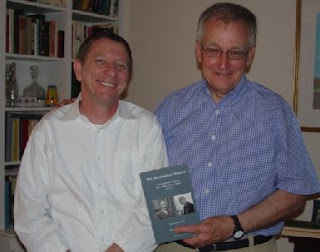 Once again this semester the Alexandria Campus Library observed extended hours for the last week of classes and final exams. The library opened half an hour early every morning at 8am and closed an hour later every evening at 11pm. 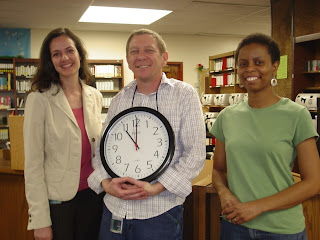 Extended Library hours have become a popular Alexandria tradition. Over 300 students took advantage of the early openings and late closings, using the Library before 8.30am or after 10pm. In keeping with tradition, the Library also provided a late night study break consisting of cookies, pretzels, iced tea & lemonade.

Extended hours are made possible through the voluntary participation of Library staff who commit to arriving early, staying late or picking up extra desk shifts during the day to allow the Library to be be open for students preparing final papers & projects and studying for exams.

The Library staff wish all NOVA students good luck in their exams!

Users of these portable drives may now plug them into the port on the computer monitor and the drive will be automatically detected. Previously users were required to follow a multi-step configuration process each time they needed to use a USB thumstick drive.
Thanks to Technology Librarian Bruce Carroll & Information Technology Services staff for bringing about this welcome change. Happy Computing!
Posted by Matt Todd at 11:37 AM No comments: