Diwali, or Dipawali, is India's biggest and most important holiday of the year. The festival gets its name from the row (avali) of clay lamps (deepa) that Indians light outside their homes to symbolize the inner light that protects from spiritual darkness. This festival is as important to Hindus as the Christmas holiday is to Christians. (National Geographic) 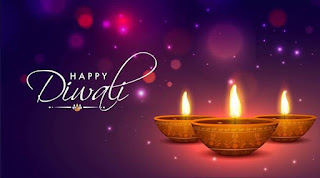 Diwali will look a little different in 2020.

Read more about Diwali in one of these library ebooks:

Are you nervous that this year's election might take a long time to resolve?  Did you know this is not the first time in American history?

And we're not talking about the election of 2000. (Encyclopedia Britannica) 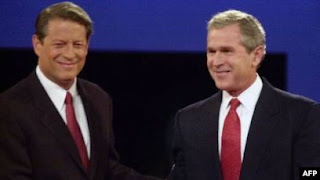 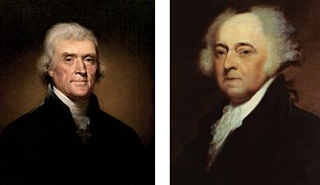 In the election of 1800, the Federalist incumbent John Adams ran against the rising Republican Thomas Jefferson. The extremely partisan and outright nasty campaign failed to provide a clear winner because of a constitutional quirk. Presidential electors were required to vote for two people for the offices of president and vice-president. The individual receiving the highest number of votes would become president. Unfortunately，Jefferson and his vice-presidential running mate Aaron Burr both received the identical number of electoral votes, and the House of Representatives voted to break the tie. When Adams’s Federalists attempted to keep Jefferson from the presidency, the stage was set for the first critical constitutional crisis of the new American federal republic. (Library of Congress) 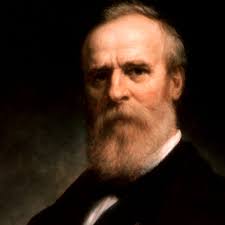 The results of the U.S. presidential election of 1876 were a mess. A Democratic candidate had emerged with the lead in the popular vote, but 19 electoral votes from four states were in dispute. In 1877, Congress convened to settle the election (History.com)

Read more about it online: American Political Parties and Elections: A Very Short Introduction.  Available online at the NOVA Library.

Halloween is almost here.  There will be no Trick or Treating this year, so treat yourself to a good book.  All available online: 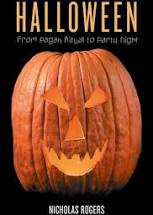 Fast Facts About Breast Cancer from the CDC 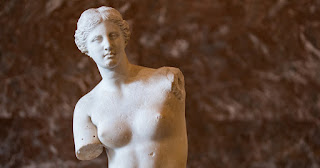 Notorious RBG: The Life and Times of Ruth Bader Ginsberg 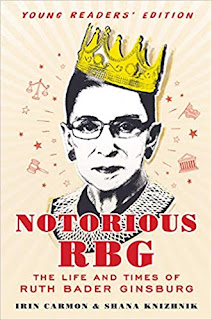 September 17th is Constitution Day!  According to the Library of Congress:

Constitution Day and Citizenship Day is observed each year on September 17 to commemorate the signing of the Constitution on September 17, 1787, and “recognize all who, by coming of age or by naturalization, have become citizens.”

This commemoration had its origin in 1940, when Congress passed a joint resolution authorizing and requesting the President to issue annually a proclamation setting aside the third Sunday in May for the public recognition of all who had attained the status of American citizenship.  The designation for this day was “I Am An American Day.”

In 1952 Congress repealed this joint resolution and passed a new law moving the date to September 17 to commemorate “the formation and signing, on September 17, 1787, of the Constitution of the United States.” The day was still designated as “Citizenship Day” and retained its original purpose of recognizing all those who had attained American citizenship. This law urged civil and educational authorities of states, counties, cities and towns to make plans for the proper observance of the day and “for the complete instruction of citizens in their responsibilities and opportunities as citizens of the United States and of the State and locality in which they reside.”

In 2004 under Senator Byrd's urging, Congress changed the designation of this day to "Constitution Day and Citizenship Day" and added two new requirements in the commemoration of this Day. The first is that the head of every federal agency provide each employee with educational and training materials concerning the Constitution on September 17th. The second is that each educational institution which receives Federal funds should hold a program for students every September 17th. 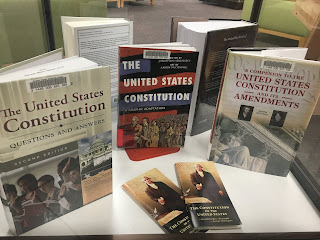 Conlin. In Defense of the United States Constitution (online)

The Constitution and the Bill of Rights (online)

Whether taking classes remotely, partly remotely, or even on campus, the Library has a wide selection of eBooks which can be accessed from anywhere (just log in with your MyNOVA account info).

The Library Homepage even recommends featured eBooks through the online catalog. 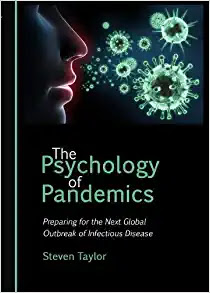 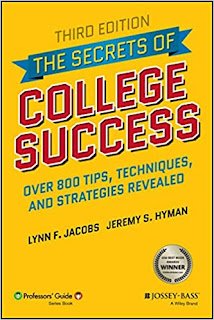 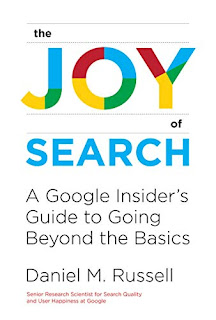