Welcome to our South African Visitors

On September 27th the Library welcomed a delegation of program managers from South Africa: 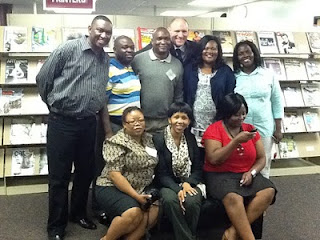 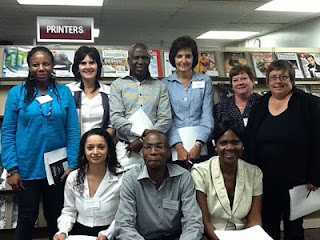 Delegates met with Library Director Sylvia Rortvedt and Instruction Librarian Anne Anderson for a tour and overview of the Library's collections and services. 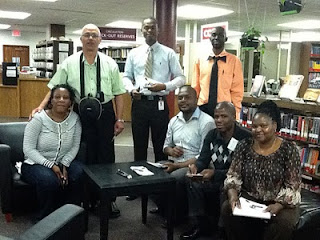 The campus welcomes our South African guests all this week!
Posted by Matt Todd at 12:21 PM No comments:

An altered book artist and library fan has been making anonymous donations of his artwork to libraries in Edinburgh. 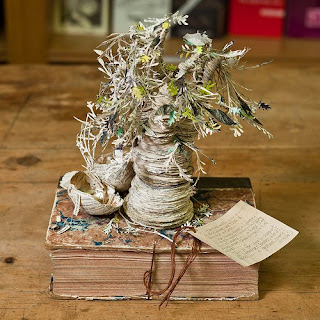 So far six exquisitely detailed artworks, crafted from books, have been left anonymously on tables in 6 libraries (including the National Library of Scotland and the Central Lending Library) and two more at the Edinburgh Book festival.

A book lover, the artist leaves a tag (addressed to the recipient's Twitter address!) with each book, many of which read in part "in support of libraries, books, words & ideas..."

Many of the recipient institutions have put the donated artwork on permanent display.

Always ahead of the curve, the Alexandria Campus Library has a long relationship with altered books! In 2007 the Library hosted its first ever art show "Text, Image & Form" showcasing student artwork created from altered books (some of them former Library books!).

And like our colleagues in Scotland, we liked the works so much we put some on permanent display: 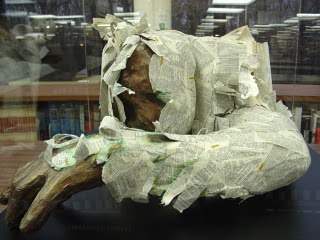 Did you know that all of the artwork displayed in the Library is the work of NOVA students? For several years the Library has been acquiring photography, sculpture, painting and pottery created by Alexandria Campus students. Several new pieces were recently added to the collection: 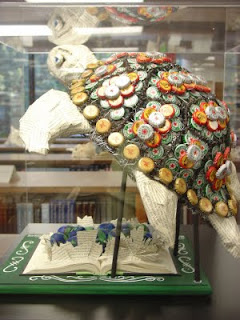 (above: The Persistence of Hope" by Ryan Lytle. Acquired in conjunction with the Altered Book & Poster Exhibition: Eaarth) 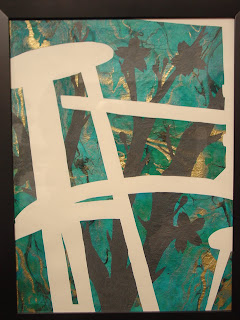 (Above: "Untitled Abstract" by Christyn Gaffney. Acquired from the juried student art show). 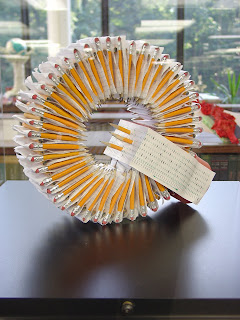 (Above: "The Questionable Quiz" by Ainsley Adao. Acquired from the Communication Design Exhibition).

These and other examples of student work are on permanent display throughout the Library. Come and see them soon!